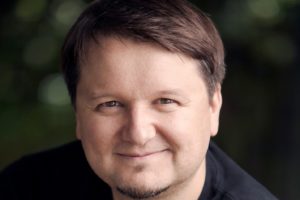 Mihai Pohontu is the CEO of Amber, a game development agency headquartered in Bucharest, Romania. In his role as CEO of Romania’s largest local studio,  Mihai has been pushing for  innovation, diversity and equality inside Amber but also in Romania and Europe overall.  Previously Mihai was VP of Emerging Platforms at Samsung, building its developer ecosystem. Before Samsung, he oversaw Product Operations at Disney Interactive, a team of 600+ staff across 9 locations around the world. Prior to Disney, Mihai was the VP and GM of Central Development Services at Electronic Arts, overseeing operational teams supporting 18 development studios on 3 continents. He founded and was the GM of EA Romania, one of the largest game development studios in Eastern Europe.