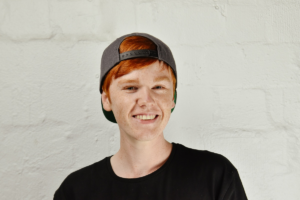 Christopher Wulf is the publishing director at independent publishing x development hybrid Those Awesome Guys, the developer behind friendship-ruining party game ‘Move or Die’ and publisher of monster-dating sim ‘Monster Prom’. Currently they are working as the publisher on tactical deck-building adventure ‘Floppy Knights’. In his previous job, Christopher has seen the other side of the spectrum, having worked as developer relations manager for the Indie MEGABOOTH and Communications Lead at Super Crowd Entertainment, organizing and curating showcases and standalone trade shows across the Western hemisphere. Besides that, Christopher organizes the bi-monthly event series ‘Talk & Dev’ in Munich, Germany.