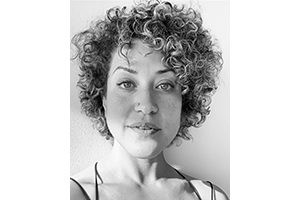 
Leigh Alexander writes futurist fiction and is a narrative designer with a deep passion for the craft of storytelling systems. She was narrative director on the acclaimed game Reigns: Her Majesty, and recently worked on Reigns: Game of Thrones, among others. Previously she worked as a journalist and critic, and her digital culture writing has appeared in The Guardian, The Columbia Journalism Review, Motherboard, the New Statesman and more. She is the author of Breathing Machine, a memoir of early internet society, and her occasional ASMR video series “Lo-Fi Lets Play” explores ancient computer adventure games.